Private Ambulance 24/7 Service Call 0333 301 9991
20th October 2017 - Our service is now recruiting for event first aid staff, full training provided please contact us or give us a call if you are interested in this exciting opportunity.
24th August 2016 - We are now providing Air Ambulance Services across the UK and internationally, this is an exciting venture for the team.
01st September 2015 - Wow what a busy summer for the events team providing event paramedic cover, event first aid cover and onsite medical services on a national level from norfolk and suffolk to london,essex,cambridge,cumbria,portsmouth,wales,east midlands,sussex and cornwall.
01st May 2015 - We can now be found on Facebook under MED PTS Ambulance and have our own facebook event first aid page
30th April 2015 - We are now providing first aid cover on a national level, and have recently provided first aid cover to events in Portsmouth, Cumbria, Essex, Norfolk, London, and Gloucester, Our first aid event cover services are provided to all events including but not limited to sport events, horse events, festivals, arts displays, outdoor theatre productions, tv & film modelling agencies, motorsport, football matches, triathlons and many more, We are able to provide full medical teams from first aiders to Doctors, Nurses & Paramedics with ambulance support for all sizes and types of event.
1st October 2014 - MED-PTS Ambulance Services are now selling refurbished defibrillators this is a cost effective way to save a life, our refurbished aed sales consist of Cardiac Science AED G3 please view the refurbished aed or refurbished defibrillator link to find out more. 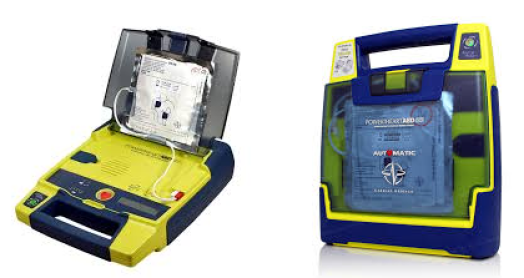 23rd September 2014 - We can now be found on Facebook where you can leave feedback of our event first aid cover services & Independent Ambulance Transport Services.

28th June 2014 - MED-PTS Ambulance Services provided first aid cover for this years Mile Cross Classic Car & Community Fun Day in Norwich which saw over 1000 people attend during the course of the day, numbers were expected to be higher although the weather took its toll!

7th June 2014 - First Aid Event Cover was provided in Norwich for the Colour 5K Run which saw upto 1000 runners complete a series of 1k laps whilst being covered in colour for each lap completed, all proceeds went to the charity keeping abreast.

1st June 2014 - We provided First Aid Cover for the Muckleburgh Military Display Weekend in Weybourne,Norfolk 31st May - 1st June the event went well and so did the weather, the event saw upto 2000 people visit. There were various military re-enactments and armoured vehicle displays.

31st May 2014 - Our First Aid Cover Services were provided for the Outwell Horse & Pony Show Event held in Outwell, Norfolk the show attracted upto 100 horses & ponies which entered various events including gym-kana.
18th May 2014 - MED-PTS Ambulance Services provided first aid event cover for the North Norfolk Marathon, Half-marathon and Mini-marathon races which started in front of Holkham Hall, with the course winding through parkland, coastal paths, and along the quayside at Wells before finishing back at the stately home.

Sun-seekers who had turned out for a Sunday at the seaside cheered and encouraged runners along the route – but the heat took its toll, with some exhausted competitors needing treatment for dehydration at the finish line. Please visit the link below to read the full story

The Festival is an Earthday Event, part of the worldwide series of events around the annual Earthday (22nd April) organised to raise awareness and appreciation of the Earth's natural environment.

19th April 2014 - Our First Aid Event Cover was provided to the Fakenham Showcase Day and Shopkeeper Olympics Clubs, businesses and organisations were in the town centre showcasing some of the great opportunities available in Fakenham. The theme was well-being, fun and sport, which included live music, martial arts, touch rugby, and team relay mini obstacle course.

19th March 2014 - Our Event First Aid Cover Services were provided to The Royal Norfolk Showground for the Later Life Show,television's Carol Bundock opened the Later Life Show as it kicked off with music from the Broadbeat Choir. The Norfolk Showground's recently refurbished indoor arena was turned into a jam packed day out full of advice, hands on activities, try before you buy, demonstrations and more.
Guest speakers talked about finances, working in retirement, fashion, dating, legal issues and family history.

7th/8th December 2013 - We were pleased to provide our First Aid Cover Services for the Deepdale Christmas Market 2013 which saw upto 1000 Christmas shoppers, there were several stalls and live music throughout the day.

30th November 2013- Our First Aid Cover Services were provided for the Fakenham Christmas Lights switch on which was organised by Kickstart Fakenham and Fakenham Area Partnership.

22nd September 2013 - Our First Aid Cover Services were provided to support the Erpingham 5k Rural Run that saw over 50 runners complete the route, BBC Radio Norfolk were also in attendance, the story behind the event is published in the EDP.

25th August 2013 - We were pleased to provide our Event First Aid Cover Services for the World Horse Welfare Woodland Ride at Thetford Forest, Norfolk, which involved over 90 Horse Riders travelling distances of 5 and 12 miles through Thetford Forest.

24th August 2013 - Our First Aid Event Cover Services were provided to cover the Fakenham Fair on behalf of 'Kick Start Fakenham' which started off with an 'Umbrella Parade Carnival Procession' which passed through the town centre, this was then followed by Live Music on stage, Fair rides for the children and various stalls, the event attracted upto 400 people this year.

13 bands performed at the Fakenham Town Football Club, in Clipbush Lane, on August 3rd, which attracted upto 3000 people throughout the day, Rock 4 Jasmine event is set to take place annually.

JUNE 2013 - MED-PTS Ambulance Services were pleased to provide First Aid Event Cover for the Fakenham Family Fun day, on behalf of the Fakenham Baptist Church which attracted up to 400 people this year, luckily there were no casualties and the rain stayed away.

MAY 2013 - MED-PTS AMBULANCE SERVICES is now registered with the Care Quality Commission (CQC)and is pleased to announce that all our services are now readily available to the NHS & private service users.